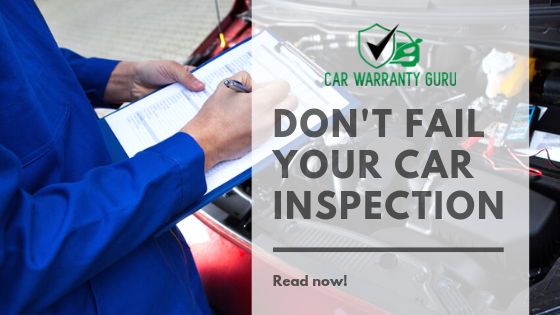 Car Inspection Cost and Requirements – Ready or Not

Safety and emission inspections are a given when you have any vehicle. But the mandated car inspections vary from state to state.

Alabama only requires a one-time car inspection, while 18 states demand annual or periodic tests for cars. Most exemptions are for vehicles older than 3 years. States such as Florida, Minnesota, and Kentucky have said goodbye to car safety inspections.

This article is going to guide you through the nitty-gritty you need to know. What gets checked? How much does it cost? All of that and more below.

If you are doing regular maintenance on your car, then a periodic vehicle safety procedure won’t be much of an issue. But if you have been remiss with your car care, it will cost you. Just a little car TLC can meet the government’s standards.

Also, each state has its own requirements. Some states require detailed safety inspections. Other states only call for emission tests. And some will demand both. Illinois requires a comprehensive car inspection.

Exemptions and Other Rules

Most states exempt motorcycles, farm vehicles, and vintage vehicles. Others like Rhode Island require safety checks even for antique cars.

Get a Courtesy Inspection First

Dealerships usually give courtesy inspections before a government-required test. However, most new cars for up to 3-5 years are exempted from emission testing.

In courtesy checks, the car technician will eyeball your battery, air tire, valves, and filters components. And point out apparent repairs. Afterward, the inspector will recommend a thorough inspection.

Use Your Extended Warranty

A powertrain warranty will cover your exhaust system. If your car has any exhaust leaks or problems with the exhaust manifolds, your extended warranty can fix that for free.

However, if you don’t take care of your car, that will void its warranty.

For example, if you hear strange sounds upon starting up or something similar. It’s better to have the car inspected as soon as possible.

How Much is a Car Inspection?

Some shops and inspection services will also advertise a so-called point special.

The special only refers to inspecting a particular aspect of your car. Examples are wheel alignment, emissions, or the electrical system. Thus, you can have a more comprehensive inspection.

However, the more extensive the inspection, the pricier it becomes.

A certified car technician assesses the condition of the different systems of your car. Some shops set their prices according to the number of systems that they will check.

What will a state car inspection cost?

States that require mandatory inspection will charge vehicle inspection fees. The fees depend on vehicle type and ownership status.

For private vehicles, an annual sticker will cost $10-$25 and $35-$45 for two years. Commercial cars and taxis will cost more.

What Will Happen If You Fail the Car Inspection?

In most states, you can get ticketed driving a vehicle that failed its safety inspection. Most will require re-testing for emissions checks after a set period of time.

You can apply for an Economic Hardship Waiver if you cannot afford to repair your car.

Car Inspection Near Me – State Requirements

What do they check in a car safety inspection?

The exhaust system is inclusive of the oxygen sensor, muffler, tailpipe, and the exhaust pipe and manifold.

Remember, abnormal noises can be an indicator that the exhaust is up for inspection. Also black smoke from the exhaust pipe is a basis to check your exhaust system.

You can have your exhaust system car problems repaired for free if your car is covered by an extended warranty.

Most safety inspections also covers tires and its alignment. The car technician will check for misalignment, pressure and tread depth of the tire and TPMS light.

Wobbly vehicles may have problems with either steering or suspension. The car safety inspector will check the parts center link, pitman arm, U-Joint, and bushings. The inspection will also check your car’s ball joints, shocks-struts, and the tie rod ends.

A bumper-to-bumper extended car warranty will cover the repairs if you fail the test.

The brakes are crucial for driving and vehicle safety. It is a big no-no to travel on a faulty brake system for your car. A safety inspection will usually assess the thickness of the rotor and pad of the brakes.

Most states also assess the parking brake system,  including the hoses and amount of brake fluid. They also inspect components like calipers, wheel cylinders, and ABS.

One for the Road

Do an eyeball inspection of your car before you go to your state’s car inspection station to save on money. Save on cash and time with some preemptive maintenance. Remember, an ounce of prevention is better than a pound of cure.